Learn all about the Dirty Dozen and Clean Fifteen, plus get a free printable list to keep for easy reference! I’ll show you which foods have the most pesticide residues according to the Environmental Working Group and which ones have the least amount of chemicals so you know which fruits and vegetables you should buy organic and which ones are okay to buy non-organic.

Do you know which foods are most important to buy organic?

Do you know which foods you don’t need to buy organic?

It can be hard to make sense of it all, especially now that grocery stores are overflowing with both kinds of produce. Luckily, the Environmental Working Group publishes two annually-updated lists of foods you should buy organic and foods that are okay to buy non-organic to help cut through all the noise and clever marketing.

These handy lists are called the Dirty Dozen and the Clean Fifteen.

Let me tell you about each one so you can buy the healthiest produce possible AND get the biggest bang for your buck at the grocery store.

Back to my first question: Do you know which foods are most important to buy organic?

Ideally, the foods with the most pesticide residues are the ones you want to buy organic so you can avoid as many harmful chemicals as possible. You can use The Environmental Working Group’s Dirty Dozen list to help you decide which foods to buy organic. The fruits and vegetables on this list include:

What about my second question: Do you know which foods you don’t need to buy organic?

Believe it or not, some organic foods aren’t worth the money because the non-organic versions don’t have a lot of pesticide residues on them. You can use the Clean Fifteen to determine which non-organic foods are safe to eat. The fruits and vegetables on this list include:

The Full List: EWG’s 2019 Shopper’s Guide to Pesticides in Produce

The EWG also has a note at the end of this list stating that “a small amount of sweet corn, papaya and summer squash sold in the United States is produced from genetically modified seeds. Buy organic varieties of these crops if you want to avoid genetically modified produce.” (source)

If you’re concerned about GMOs, then definitely go with organic versions of these foods.

The Dirty Dozen and Clean Fifteen lists are super helpful when you aren’t sure which fruits and vegetables you should buy organic, which is why I like to keep a cheat sheet on hand so I don’t have to Google the lists every time I want to reference them. 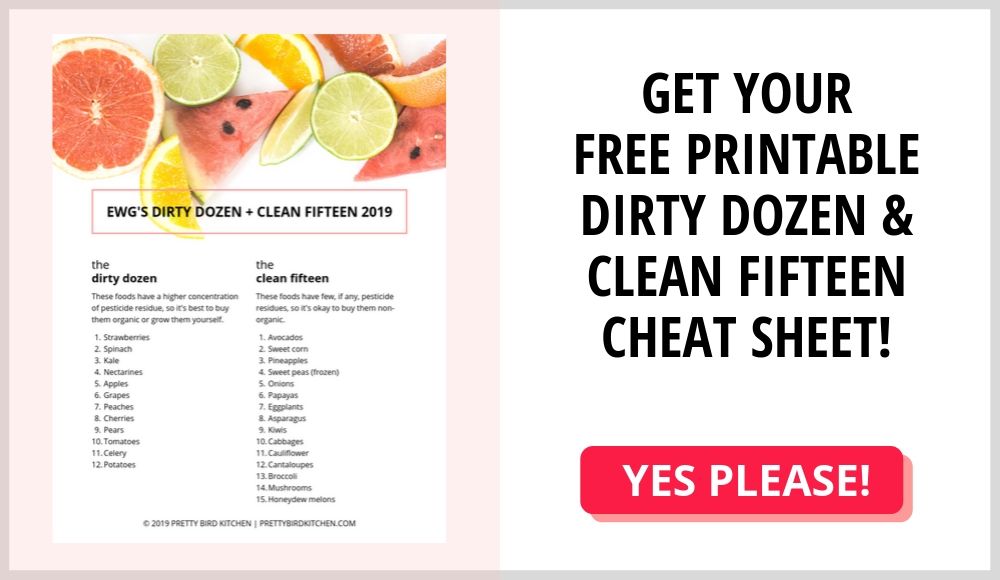 Final Thoughts on the Dirty Dozen and Clean Fifteen

And if you don’t want to Google the Dirty Dozen and Clean Fifteen lists a million times, you can just download my free printable cheat sheet to keep on hand for easy reference!

Other Healthy Eating Articles You May Enjoy 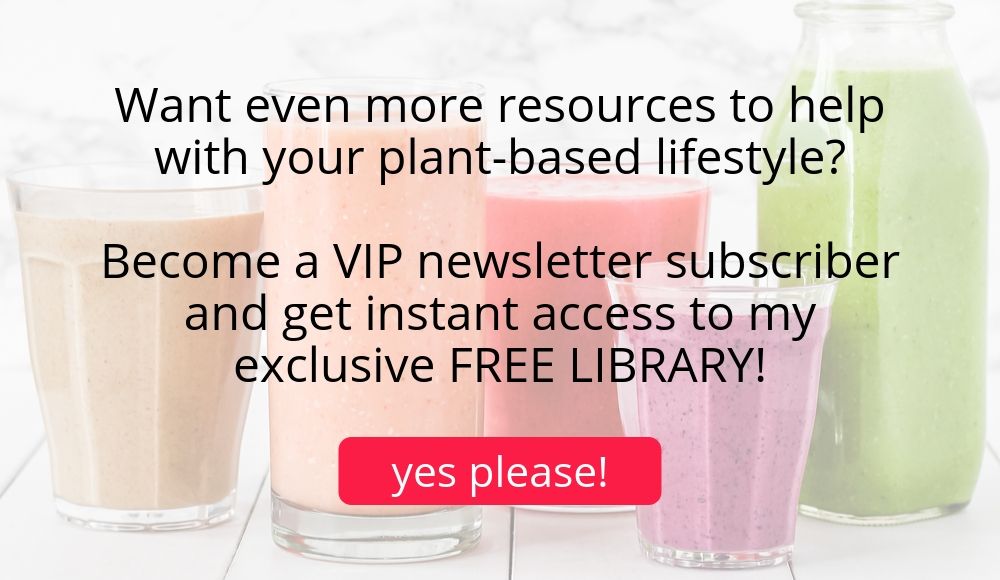 What about you? Do you buy all organic food, or do you let the Dirty Dozen and Clean Fifteen determine which foods you buy organic? Let me know in the comments!

Also, if you found this post helpful, feel free to share it or pin it for later!

Summer Sebastian is a writer, a cooking enthusiast, a plant-based lifestyle advocate, and a proud overcomer of irritable bowel syndrome. In her spare time she loves to watch Doris Day movies, tackle home projects, tend to her many houseplants, and go to the beach. She lives a vibrant, happy life in the small town of Dallas, North Carolina with her husband Josh and their four kitties, Thor, Loki, Oliver, and Pebbles.

Do Not Sell My Personal Information