Want to get to know me a little better? Here are 10 fun facts that you probably didn’t know about me!

1. I was stung in the ocean by a Portuguese man-of-war when I was 9 years old.

It’s a bit dramatic and scary, but doctors were surprised I survived because of the severity of the sting. And talk about excruciatingly painful! Portuguese man-of-war stings feel like you’re being burned.

I still have visible scars on my left arm and faded ones above both knees. You can see the scars on my arm in this photo:

Even though that wasn’t a fun vacation (I ended up in the emergency room twice!), I’m still a beach girl. I just don’t swim in the ocean anymore. 😉

2. I was home schooled for eight and a half years.

That half year started because of the man-of-war experience. The poison from the sting made me so lightheaded that I missed a lot of school days.

My mom initially only planned to home school me temporarily, but it ended up working so well for us that we stuck with it until I graduated high school! It was a fantastic experience.

3. I met my husband, Josh, on the hair product aisle at Walmart.

I may be biased, but I think we have a cool “how we met” story. It was divine intervention at its finest!

I was looking for a particular hair product, and he happened to be blocking it while stocking the shelves. We crossed paths again on another aisle, so he asked me for my phone number. I don’t usually give my number to strangers (especially strangers in Walmart!), but I somehow found myself rattling off my phone number anyway.

He pursued me for THREE MONTHS before I actually let him take me out on a date. It only took one date and I was hooked! We’ve been together ever since.

Josh truly is the best. He’s the kindest, strongest, most selfless man I’ve ever met. And he’s a pretty smart cookie, too. He works in IT at our local hospital.

For better or worse, this says a lot about me. At the very least, it explains my overachieving nature and perfectionism. I’m trying to work on the latter. 😉

5. I earned my bachelor’s degree in business administration online.

I’m a huge fan of online learning since it’s so much cheaper and offers tons of flexibility. I graduated with highest honors from Western Carolina University, but I only set foot on campus for the graduation ceremony!

6. Grocery shopping is a form of relaxation for me.

I can even remember being stressed out one day and telling Josh “I’ve got to go to the grocery store! I just need to be among the produce for a little while and then I’ll be fine.”

It’s amazing what picking out a pineapple can do for my stress levels! 🙂

7. I have three gray cats: Thor, Loki, and Oliver.

The comic book names reflect our love of superhero movies and television shows. We didn’t find out that Loki was a girl until after we named her, but the name still fits her personality perfectly. We also didn’t plan to own three cats, but our love of furry faces in need got the best of us!

I get this from my dad. He introduced me to all sorts of genres growing up, which is probably why I can listen to just about anything and enjoy it.

The only exception? Country music. Just no. I may live in The South (North Carolina, to be exact) and speak with a southern accent, but that’s where it ends. 😉

I typically have some sort of music playing in the background, usually on Pandora. Some of my favorite stations include Doris Day, Hall and Oates, The Goo Goo Dolls, Electric Light Orchestra, and John Mayer. It’s quite diverse!

If you’re looking for mood-boosting music, give one of these a try. You might discover a new favorite in there!

My mom and I went to cosmetology school together while I was working on my business degree. Neither of us do hair for a living (I’m in content marketing and she helps my dad run their ironwork business), but it’s a skill we both wanted to have.

We’ve always done our own hair, so it’s nice to be able to do it correctly. Plus, it saves our family a ton of money!

I’m a sucker for Doris Day, Cary Grant, and Marilyn Monroe movies. Those were such glamorous times! Can we bring back the ’50s and ’60s styles, please? 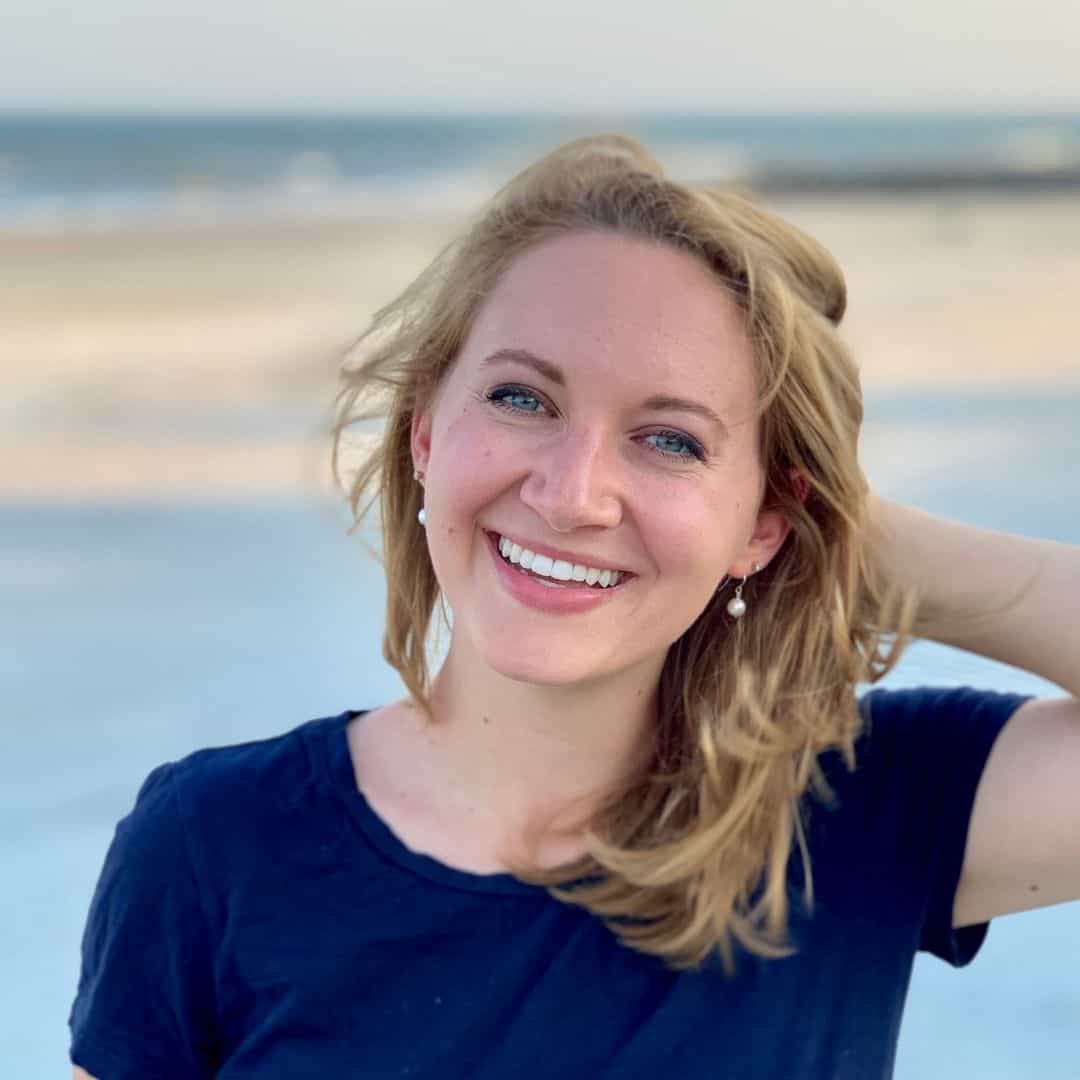